Veterans Offer a Way To Heal and Forge Ahead

Veterans Offer a Way To Heal and Forge Ahead

Seitz and Hotz opened Black Horse Forge (BHF) in 2018, a project that quickly took shape with their first conversation. Their wives were coworkers who thought their husbands should meet. When they did, they realized they had both served in Desert Shield and Desert Storm. At one point, Seitz’s armored division even supported Hotz’s infantry division, but they’d never met before. 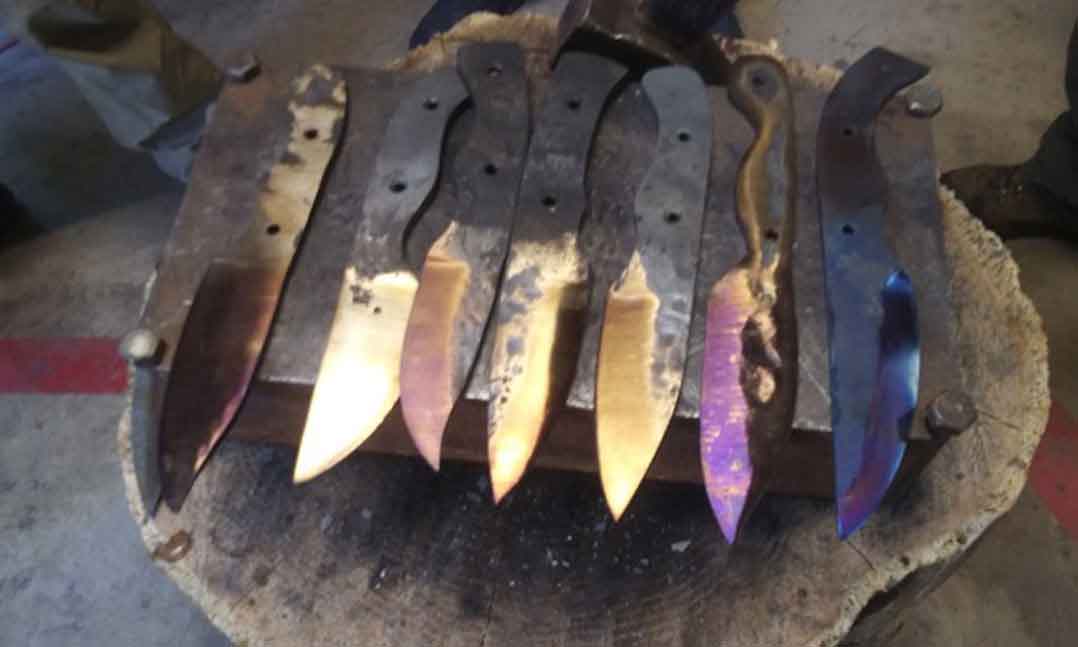 The two men also discovered a shared concern for veterans struggling with mental health. As Hotz described the VA-sponsored blacksmthing class he’d just finished and his lack of space to do it at home, Seitz offered part of his garage at his farm as a workshop. Suddenly, they were discussing starting a nonprofit.

“There are a lot of studies that prove art therapy helps people with PTSD. Some even prove that the action of focusing on a task and simultaneously getting physically involved in that task helps rebuild connections in the brain,” said Hotz.

“As a veteran diagnosed with PTSD, I have personally experienced this. My wife will tell you that after my first blacksmithing class, she could see a marked difference in my demeanor. I came home calmer and less agitated.”

Hotz serves as director and lead blacksmith at BHF. He helped Seitz, who serves as BHF president, learn the craft and they both teach classes. Their classes and Open Forge nights are available to veterans and first responders for free – and go beyond teaching the art of blacksmithing. It’s truly about creating a place to find community and support, and it’s proving effective.

“We don’t just say, ‘That’s how you make a knife. The end.’ We wanted this to really mean something and be a long-term solution,” Hotz said.

“Sometimes, participants come to the Open Forge nights and don’t work at all. They get a lot out of hanging out with people who have been through similar experiences and sharing, on their own terms, what’s on their mind. Several people have told me they’ve developed close friendships with other veterans they’ve met at the forge. Now their families hang out and their kids play together.”

The program also builds community between professionals and grassroots volunteers so that veterans can get the help they need when things get tough.

This dedication to fellow veterans means being there for anyone in crisis at any time. It’s not easy, but it makes a difference.

“Because the forge is on Dave’s property, he’s had guys show up at odd hours who just wanted to talk because they were close to committing suicide that night and had nowhere else to go. We call them ‘saves’ and those are monumental,” said Hotz.

“We’ve also opened the forge on nonoperating days when guys have told us they’re in a bad place mentally. I’ll say, ‘Come over to the forge, and let’s beat out a knife.’”

“We have received many compliments on these safety precautions and efforts to keep our heroes safe and still make the smithing and brotherhood experience challenging and enjoyable,” Seitz said.

Seitz and Hotz know the pandemic won’t stop service members from needing a way to find healing. They’re committed to serving veterans as much as they can.